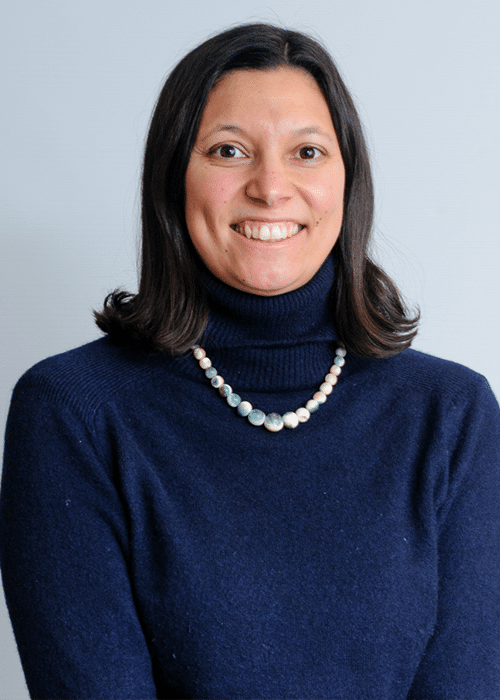 Marie-Abèle Bind is an Assistant Professor of Medicine at Harvard Medical School and Assistant Investigator at MGH Biostatistics. Her research interests focus on defining the causal questions being asked by describing real or hypothetical multi-factorial interventions, developing causal inference methods for quantifying the effects of randomized and non-randomized exposures on health outcomes and understanding the mechanisms explaining these health effects. Her current research has been funded by the NIH Early Independence Award program.

Dr. Bind completed her joint PhD in Biostatistics and Environmental Health at the Harvard School of Public Health, working with Professors Brent Coull and Joel Schwartz. She then became a Ziff postdoctoral Fellow at the Harvard University Center for the Environment. In 2016, she was awarded an Early Independence Award (NIH High-Risk High-Reward research grant) and became Research Associate in the Department of Statistics. From 2017 to 2021, she became a John Harvard Distinguished Science Fellow.